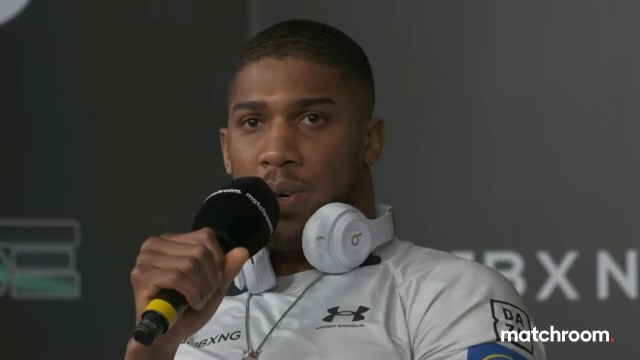 Unified world heavyweight champion Anthony Joshua and challenger Kubrat Pulev spoke and shared a faced-off in London, Thursday, ahead of their much anticipated Saturday’s fight at the Wembley Arena. Joshua goes back to the ring for the first time in a year to defend his WBA, WBO, IBF and IBO belts. Bulgaria’s Pulev has just one defeat on his record — against Wladimir Klitschko in 2014. «I’m definitely going to get hit and he’s going to get hit as well. So I’ll be the last man standing,» Joshua said at the press conference. «Yes, of course, respect to Anthony, because he’s the Olympic champion and world champion and yes, respect, good fighter. But I’m ready and I have everything to be champion,» Pulev said. The mandatory match between Pulev and Joshua was due to take place in June at Tottenham Hotspur’s 62,000-seater stadium, but the clash was postponed by the pandemic. The first UK fight to welcome spectators since March will host 1,000 fans. ©Matchroom.
https://ruptly.tv/