Домой Спорт Spain: ‘It was a good week’ — Zidane following 2-0 victory against... 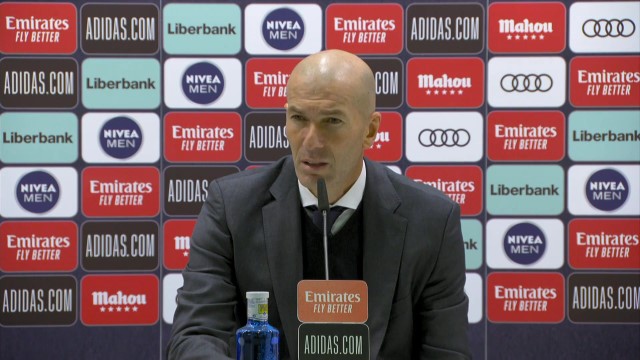 Real Madrid head coach Zinedine Zidane commented on his team’s 2-0 victory against Atletico Madrid during a post-game presser held in Madrid on Saturday. «We improved many things, we confirmed our performances from the past two matches,» said Zidane, referring to Real Madrid’s victories against Sevilla and Monchengladbach. «It was a good week, with three good matches. Most of all I’m happy for my players, they are the ones who fight on the field. I am happy for them because they always believe in what they do,” Zidane added. Atletico Madrid coach Diego Simeone admitted defeat, saying that their opponents «have been superior the whole tournament.» «They were forceful and precise, and when they had the option they made the game even more difficult for us,» he continued. “They players have been working really hard for some time now, and they have been keeping a very good level. But obviously, this can still happen, we can have a bad match,” Simeone added. Real Madrid will play its next La Liga game against Atletico Club on Tuesday, at the Estadio Alfredo Di Stefano stadium in Madrid. ©La Liga.
https://ruptly.tv/