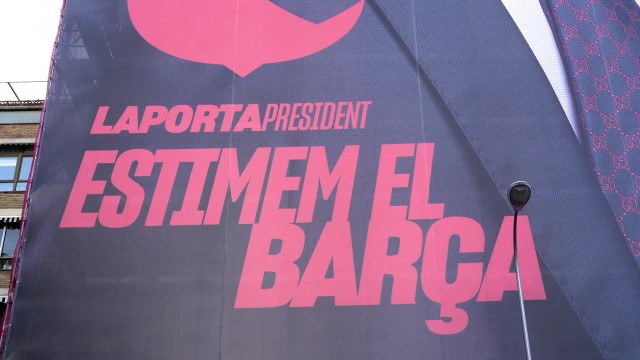 FC Barcelona’s presidential candidate Joan Laporta was seen looking at Madrid residents from a giant campaign poster set up next to the club’s arch-rival Real Madrid’s Santiago Bernabeu stadium in Madrid on Tuesday. ‘Looking forward to seeing you again’ read the message on the poster, hinting at Laporta’s former presidency of FC Barcelona between 2003 and 2010 and his ambitions to take the seat again. «I’m a Barcelona supporter, so I’m very happy to see this, but I know that a banner like this, in downtown Madrid, close to Bernabeu, it’s something very very rare. But I’m happy, I’m so happy» explained one Barca fan. Laporta and his rival Victor Font will fight for FC Barcelona’s presidency with elections scheduled for January 24.
https://ruptly.tv/