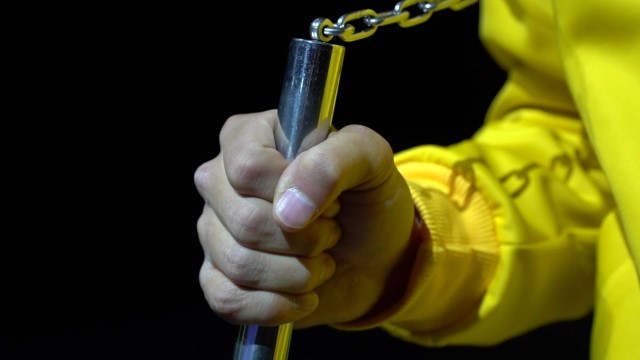 Martial artist Xie Desheng broke a record previously held by himself, by hitting most table tennis balls with a nunchaku in one minute. On Tuesday, he was seen practising in a studio in Beijing ahead of his Guinness World Record attempt. Xie Desheng could be seen playing with great dexterity against a robot. He had previously achieved records by hitting a ping pong ball 32 times, and then 34 times within a minute. On Wednesday, he surpassed himself once more by hitting it 35 times. Xie Desheng holds other Guinness World Records, such as «fastest time to remove 10 crown cap bottle caps with a nunchaku» or «most playing cards removed between two balanced bottles with a nunchaku in one minute.»
https://ruptly.tv/